If you’ve used Visual Studio 2008 or 2010, you’ll notice that Web Reference is no longer there (like in VS 2005 and previous), instead, you see Service Reference –– actually, it’s STILL there, just hidden!

So, what’s the difference?  Well, according to this post:

Add Web Reference is the old-style, deprecated ASP.NET webservices (ASMX) technology (using only the XmlSerializer for your stuff) – if you do this, you get an ASMX client for an ASMX web service. You can do this in just about any project (Web App, Web Site, Console App, Winforms – you name it).

Add Service Reference is the new way of doing it, adding a WCF service reference, which gives you a much more advanced, much more flexible service model than just plain old ASMX stuff.

So, how do you access it?  Simple — right-click on Service References in the Solution Explorer window and… 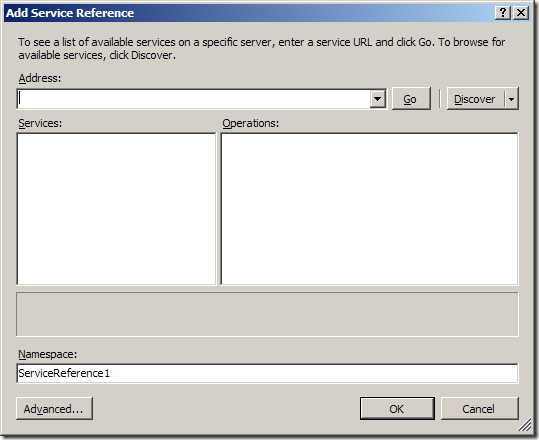 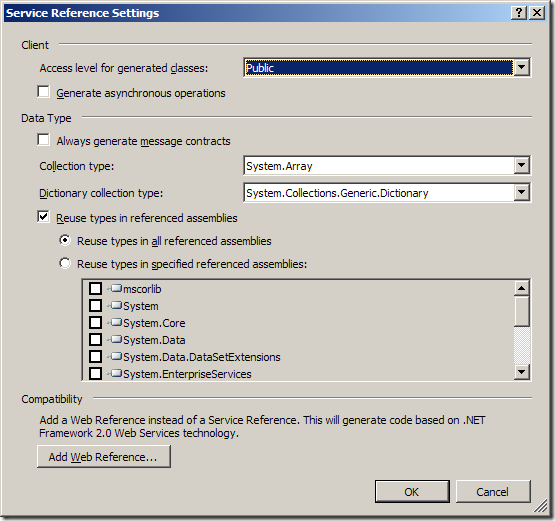 Voila!  You can now consume the web service like you did pre-Visual Studio 2008 era.  Happy coding!

When Apple released iOS 4.1 for iPhone Wednesday, the company once again included a utility that allows you to measure your signal strength on your device, a utility that that had been available before the release of iOS 4, but was not included when iOS 4 was introduced earlier this year.

The utility is called Field Test, and it is accessed by dialing *3001#12345#* (followed by the “Call” button). When you do that, a blank “page” launches with a title bar that reads “Field Test,” along with a Refresh button, as you can see in the image below. The Field Test part is that your signal bars will be replaced with a negative number that measures signal strength as expressed in decibels of noise in the signal.

To that end, the higher the number, the stronger the signal. -80db would represent a stronger signal than -90db, and -102db would be worse still (for instance, this reporter has particularly foul coverage at his office). TMO staff around the country found signal strengths ranging from -82db to about -120db, with any number lower than that representing little or no practical signal.

From user posts at Gizmodo, which first noted the return of Field Test, any Field Test near -70db represents something close to full signal strength. One staff member with an AT&T 3G Microcell got a measurement of -67db from one meter away from his microcell. 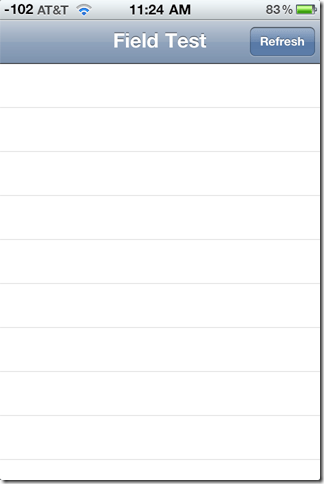 This applies to any device that uses lithium ion batteries (i.e. laptops, smartphones).